After brunch at my parents, it was time to tell Margi and Ana.

We took dinner (Olive Garden) over for Valentine's Day dinner. I bought a cheesecake from Cheesecake Factory for dessert, and they have these chocolate plaques that you can get inscriptions written on, so I had them write "We're Pregnant!" It was really cute - everyone at the restaurant was so excited! The girl who did it even picked out all blue and pink sprinkles from their multicolor sprinkles to decorate it. 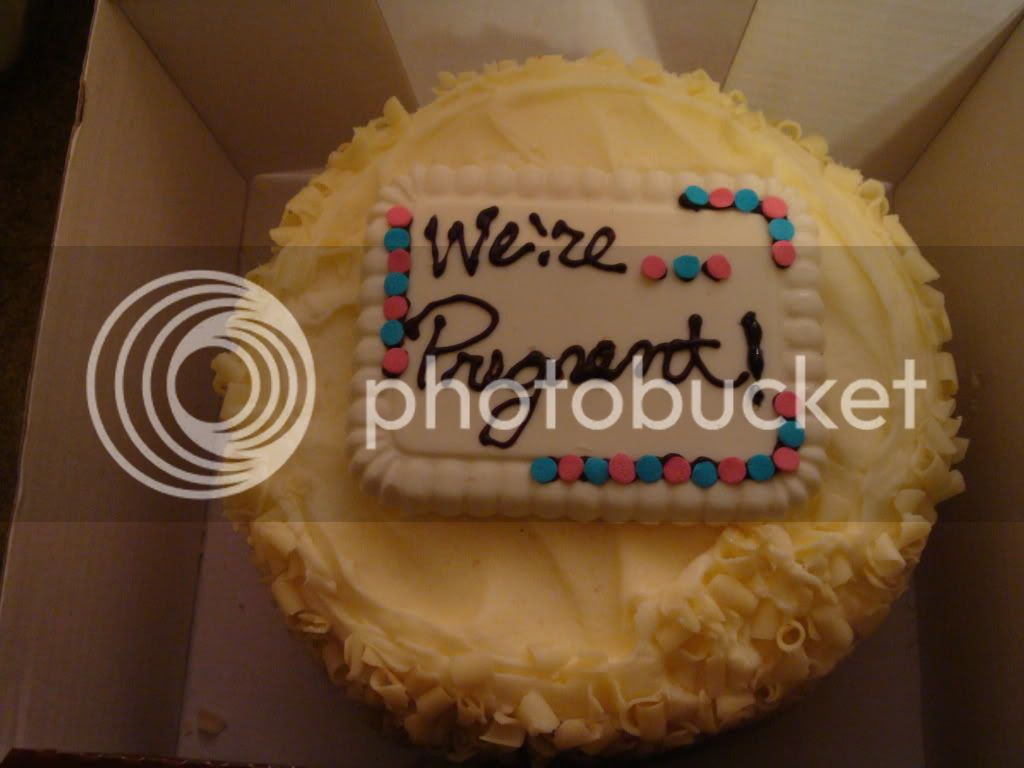 We got to Margi's and ate dinner, but everyone was too full to have cheesecake right away, so we played a couple games instead. Finally, a few hours after we got there, we decided we were ready for cheesecake, so Margi went to get it out of the fridge. She opened the box and immediately started screaming. Here's the video - watch your ears!


AND THEN!!! She reached behind the counter and brought out a little bag - she had suspected and bought us baby socks!!! Chris and I were shocked - we have no idea how she knew. We've only seen her once since we found out and there was definitely know way to tell at that point. Mother's intuition, I guess? Apparently, before we got there, her and Ana were dancing around in anticipation of the big reveal. (How Margi knew there'd be a big reveal, again - no idea!! We take dinner/dessert over there every once in a while, and definitely on a holiday it shouldn't have given anything away.) I didn't notice, but throughout dinner Margi kept asking, "So...what now? Anything you want to talk about? Huh? Huh??" By the time we finally had the cheesecake, she'd started to get nervous she was wrong since we'd been there for a while without saying anything.

She was soooo thrilled. She immediately started talking about The Bassinet - the one her dad had made and that she, Mike, and Nancy had all used, and after them Chris, Ana, their two cousins all used it as well. Apparently there is also a huge giraffe and a little child-sized swing. It's totally overwhelming to be even thinking about that kind of stuff at this point, but so exciting. I think I'll have to pry her away from the nursery, though...she already started talking about big plans for it and I think I'm going to want to go a little more simple than she has in mind.

I still can't believe she bought a baby gift. How did everyone KNOW??
Posted by Lara at 9:52 AM

My name is Lara. I lost my first child, and only son, Caleb, on April 12, 2010, after my water broke prematurely at around 19 weeks. After my loss, I discovered I might have incompetent cervix, so I had a transabdominal cerclage (TAC) placed in September 2010. Read about our pregnancy with Caleb, my loss, and subsequent surgery, as well as general posts about loss, here.

I blog much more often on my baby blog, but I understand that might be difficult to visit if you're fresh (or not so fresh) off a loss of your own. Trust me, I've been there. I know the sadness, the jealousy, the anger, the frustration....all of it is normal.If you have ANY questions about the TAC or anything else, please feel free to email me at the following:largirl (at) gmail (dot) c0m 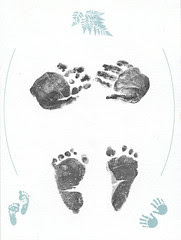 we went to aruba